Abu Dhabi: The Shaikh Mohammad Bin Zayed Mosque in Al Mushrif, a district in the capital Abu Dhabi, was on Wednesday renamed ‘Mariam, Umm Eisa’ — Arabic for  – Mary, the mother of Jesus

The change was ordered by His Highness Shaikh Mohammad Bin Zayed Al Nahyan, Abu Dhabi Crown Prince and Deputy Supreme Commander of the UAE Armed Forces, to “consolidate bonds of humanity between followers of different religions

Shaikha Lubna Al Qasimi, Minister of State for Tolerance, thanked Shaikh Mohammad Bin Zayed for his “wise directives in carrying out this initiative that set a shining example, and a beautiful image of the tolerance and coexistence enjoyed by the UAE”, according to a statement carried by WAM

He added that since the days of Shaikh Zayed Bin Sultan Al Nahyan, the UAE has always been keen on tolerance and peaceful coexistence “that is based on justice and brotherliness among all those living in the UAE

Al Kaabi added that this was the same approach followed by President His Highness Shaikh Khalifa Bin Zayed Al Nahyan and Shaikh Mohammad, as people from more than 200 nations are living in comfort and security in the UAE

Just steps away from the newly-renamed mosque is St Andrew’s Church, an Anglican parish

Its senior chaplain, Reverend Canon Andrew Thompson, said that he was “delighted” with the news

– We are delighted that we are celebrating something that we have in common between both our faiths,” he told Gulf News.

– Mary, as the mother of Jesus, is of course a holy, special figure in our communities. She is a woman who symbolises obedience to God. We look forward to growing in deeper understanding with our neighbours, and we celebrate with them the new name of the mosque

“His Highness Shaikh Mohammad has made another generous gesture of religious tolerance in renaming the mosque,” said Jeramie Rinne

The UAE continues to set the pace in this region for peaceful coexistence and cooperation. We are very encouraged and feel blessed to be a part of this nation

Amid sectarian conflicts and regional chaos, the UAE has been seeking to boost its national values of tolerance of other faiths

The Catholic Bishop Paul Hinder, head of the Apostolic Vicariate of Southern Arabia, whose office is only a few meters from the former Shaikh Mohammad Bin Zayed mosque is delighted about the new name Mariam, Umm Eisa (Mary, Jesus’ Mother) Mosque

“As Joseph, her spouse, is the patron of the neighbuoring cathedral, we have now a corner of the Holy Family,” the bishop said. He Swiss bishop hails the wise decision of Shaikh Mohammad Bin Zayed as a sign of tolerance towards all those who venerate Mary, the mother of Jesus, in a particular way

“She is in a prominent way present in the Bible as well as in the Quran, and constitutes an important bond between Christians and Muslims,” said Bishop Hinder, who is based in Abu Dhabi

“She is ‘full of grace’, a sign of God’s special election of womanhood and His love for all humanity,” he added. “The bishop is convinced that such a strong sign given by His Highness the Crown Prince will contribute to peace and mutual understanding not only in our country, but in the whole region

In February last year, the government created the Ministry of Tolerance, appointing Shaikha Lubna as its head

This week, a church in Al Ain opened its doors for Maghrib prayers

After hearing the news, several senior Emirati officials in Al Ain called up the church to express their appreciation.

“It was the first time, at least in the UAE, that a church opened its doors for Muslim prayers,” said Bobin Skariya, a worker at the St George Jacobite Syrian Orthodox Simhasana Cathedral 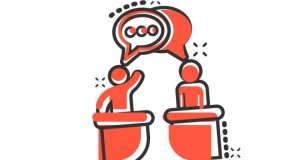 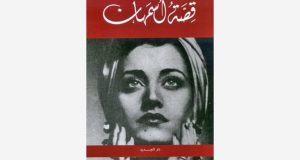 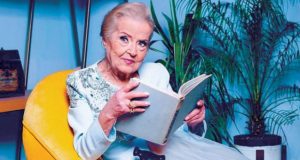 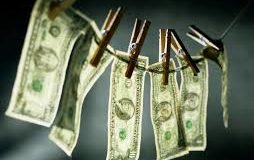