Jan. 13, 2017 | 12:13 AM
BEIRUT: Renewable energy in 2020 will represent 12 percent of the country’s total electricity production and this will lead to a drop in the oil bill, said Energy and Water Minister Cesar Abi Khalil. “In 2020, 12 percent of Lebanon’s total power consumption will come from renewable energy which is equivalent to 767 Kilotons (Ktoe),” he told the audience during the launch of the National Renewable Energy Action Plan 2016-2020.

The launch, which was attended by officials, representatives from various ministries and the European Union’s Ambassador to Lebanon Christina Lassen, took place Thursday at Hilton Metropolitan Hotel.

Most of the country’s aging power plants run on fuel and gas oil, which adds more financial burden on the Treasury.

Abi Khalil said the government made good advancements only two weeks after its creation.

“We endorsed two crucial decrees on offshore oil and gas exploration, and today we are launching this new strategy in cooperation with the Lebanese Center for Energy Conservation,” he said.

Abi Khalil called for all bodies involved in RE to join forces to proceed with this scheme. “We call upon all entities to cooperate to implement this plan because it will have positive repercussions on all sections without any exception,” he said.

“I also wish upon LCEC to keep up its very active role in this sector because it has become a source of pride for the ministry and the government,” he added.

The minister also invited the private sector to announce their willingness to invest in solar power plants at a capacity ranging between 120 MW and 180 MW all over Lebanon’s municipalities with an average of 30MW to 45MW for every municipality. “We want to do this within the proper legal framework and this is why it is time to implement the articles of Law 288, which allows the government to give permits for energy production to the private sector,” he said.

Abi Khalil added that the strategy also includes a plan to generate energy from wind. “We will be submitting this plan to the council of ministers in February to issue permits for the production of 200MW of electricity,” he said.

He added that the ministry is also planning to activate the investment in hydroelectric power through the public and private sectors at a capacity of 331MW.

“We also want to activate investments in hydroelectric power and this is why we have asked EDL to go on with the rehabilitation of the hydropower factory in Jeita.

For his part, LCEC Director General Pierre al-Khoury said that the total national electricity and heating demand by 2020 is expected to be approximately 6389 Ktoe, out of which 767 Ktoe would be generated by RE sources. “The 767 Ktoe target represents 12 percent of the total,” he said.

Khoury added that the actual RE production is currently 193.72 MW, equivalent to 5.63 percent of total energy production.

The strategy plan distributed by LCEC and the ministry during the launching suggests that RE technologies will supply extra hours of electricity in Lebanon. “The total would add up to more than 640 hours by 2020,” it said. 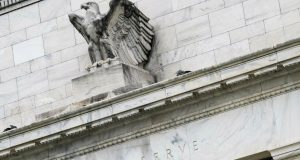 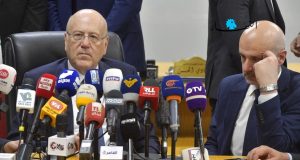 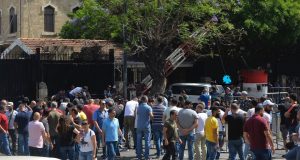 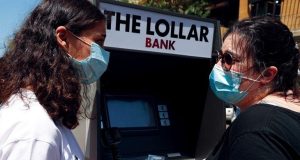