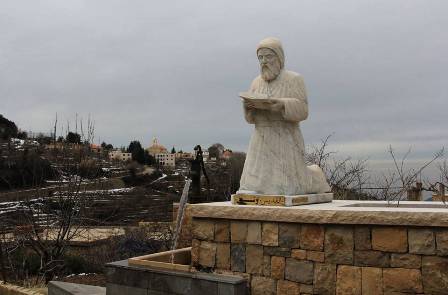 In 15th April of 1912 the biggest ship that was ever built has slowly sank into the deep, dark seas of the Atlantic Ocean. That ship was the RMS Titanic whose passengers were estimated to be 2,344 people which sailed from Southampton, England to New York City in the USA. Partway through the voyage, the ship struck an iceberg and sank resulting in the deaths of over 1,500 people, including approximately 815 of the passengers.

Among those who died, there were passengers of Arabic Origins; however, it was difficult at then to find enough information on their Arab nationalities. The names used by the passengers have made it so difficult to trace their origins and where they’ve come from. For example,”Yusuf” was rendered “Joseph,” and “Boutros” was rendered as “Peter. But later on, it was quite sure through the follow up and the information collected, all the passengers who died were confirmed to be Lebanese except for one Egyptian.

Visiting the Lebanese Villages and checking the information from close up tells that those who died were almost 100 persons. Some would say those were 93 passengers while some others would say those were 125 passengers where only 23 survived. I have been to some of those villages where those Titanic Passengers came from as that of Hardin Village and met Mr. Joseph Mouallem, who is an instructor at the Balamand University and has the American Nationality, and whom confirmed to me that Hardin had 20 passengers on board, the highest number of any Lebanese location, and 11 adult men died, while eight women and children and one adult man survived. Mr. Joseph showed me one of the places where one of those used to work and that which is still kept locked till today. Mr. Mouallem celebrated the 100 years memorial of the Titanic in USA representing Hardin. Another Village is Kfarmishki of Beqaa which has the highest death toll among other Lebanese Villages with 13 passengers, out of the 14 people that wanted to reach Ontario, Canada died. 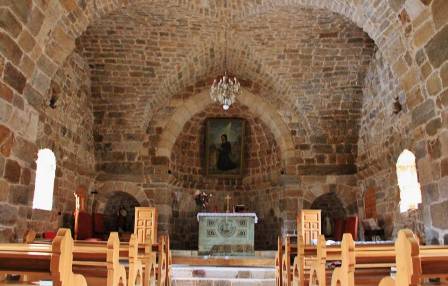 The unusual issue that happened concerning the Titanic Cruise was the survival of what is known as The Seventh Group Of Immigrants of Kfarsghab Village, also known as the Titanic Group. In 1912 this Group were set to sail on the “Titanic” but, one day before sailing, Butrous Ibrahim Shoumar (El Kassis) / Peter Kassis, became ill, so the entire group of 24 stayed with him until he recovered. The sickness of Butrous Ibrahim Shoumar delayed the group in Marseille, France and ultimately saved their lives because they all stayed together as a group. Later on this Group sailed and reached safe to USA.

The Legacy mentioned this incident differently and stating that this Group was 36 “may be this explains the difference about the total Lebanese on board of the Titanic” and they were already on board of the Titanic but one of them was so ill which made the crew confirms that if this man died, then he will be thrown into the sea so not to infect other passengers. The Group started praying to St. Awtel to help them. Later they arrived at a port where the crew wanted to bring the ill man down; however, his entire friends come down with him. Their prayers accordingly have saved them all and St. Awtel was the one to help about that. 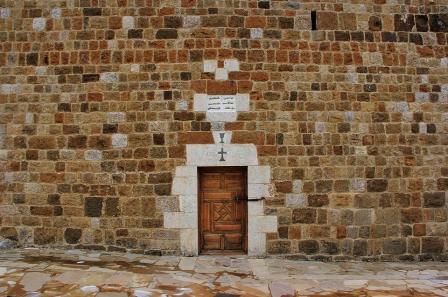 This story was always on my mind, but I’ve never added an album with photos about it. So, in this Album I’ll be talking about Kfarsghab Village and St. Awtel “alongside the beauty of the Village”.

Kfarsghab Village is composed of two geographically separated settlements: Kfarsghab, a high mountain village where snow fills its mountains at winter keeping it almost empty, and Morh Kfarsghab, a plain village, respectively inhabited at all seasons except Summer Time where Kfarsgahb people head to their mountain Village. I did experience this and in the whole village there were only 10 or 15 persons only this January. According to the kind “municipality guard” who accompanied me all the way and inside the Village’s Alleys, almost 1000 people come up in summer.

The modern Kfarsghab has resulted from a merger between Kfarsghab and Qaryet Moussa around 1600 where the inhabited of Qaryet Moussa have resided in Kfarsghab asking the protection from something that is not so known!
Kfarsghab’s name is of Semitic derivation which is composed of two parts: kfar and sghab. The first part, kfar, or kapar that means village and sghab, or sgb which means to make strong, safe. Given the above references, the etymological meaning of Kfarsghab could be “the fortified village” .The Lebanese hailing from Kfarsghab number 20,000 worldwide where 95% of those live outside Lebanon, mainly in Australia and the United States.

Kfarsghab predates Christianity. However, as most villages in the Qadisha valley, Kfarsghab’s history began with the settlement of the Maronites in Mount Lebanon during the 10th century. Following this, Kfarsghab was mentioned so many times in history books but what is interesting to me was the 1470 date where Kfarsghab is mentioned in conjunction with the construction of Saint Awtel’s Church. It is the only church in Lebanon dedicated to this Saint whose tradition is shared by the Maronite, Orthodox and Jacobi churches.

Saint Awtel, also known as Mar Awtel, Mar Awtilios, Saint Aoutel, or Saint Autel was born in mid 3rd century in the Lycia of Turkey. As a youth he was converted to Christianity and was baptized. He pledged his virginity to God but his father wanted him to marry and thereby break his pledge of celibacy. Mar Awtel escaped and, while travelling on route in a boat, he encountered a severe storm endangering the boat and all on board. He prayed for deliverance and the boat was saved and as a consequence those on board have converted to Christianity and baptized. He remained for 20 years in Byzantium until his father died, whereupon he returned to his home and became a monk. He performed many miracles, one of which was the cure of a pagan man. This cure was the reason for the conversion and baptism of ten thousand pagans. After being a monk for 12 years he became a hermit until he died in 327. 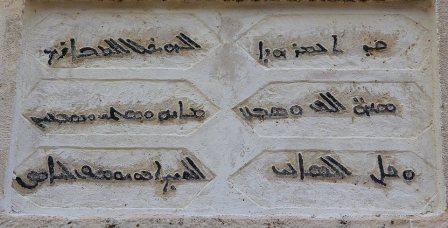 Saint Awtel’s church in Kfarsghab Village is so beautiful and its interior was saved from the non professional maintenance lately. It is the only church in the country dedicated to this saint. It is built on a rocky promontory presenting steep faces of around 30 meters altitude, commanding the approaches through the Qadisha Valley. The first mention of Saint Awtel Church is a date for its renovation in 1470. Between 1776 and 1778, the church was extended to accommodate the increasing population of Kfarsghab. The achievement of this renovation is attested by a Garshuni stone inscription in Syriac placed over the main entrance that reads as follow: “Achieved the construction of this blessed temple year one thousand seven hundred and seventy six by the zeal of Sheikh Abou Youssef Elias”. The Church is separated into two sections: men in front and women in the rear.

I was surprised by the number of the old abandoned houses at this village where most are at least 300 years old. The owners are all outside Lebanon in USA or Australia. The Village has so many pretty remarkable places where the river runs through and where the pretty Qadisha Valley is below it with Ehden’s beauty facing it. There are many pretty Churches inside it other than that of St. Awtel as that of Saint Moura which was restored in the 1990s with some unprofessional ways. It is used once a year on Mart Moura’s Day (24 September). On that day all the villagers in Kfarsghab participate in celebrating a mass, praying especially for the rest of the souls of the forebears of Kfarsghab buried in the cemetery located next to the church.

I liked most the accent of the Kfarsghab people which is so unique in Lebanon with its unusual ‘a’/‘o’ transformation phenomenon, It reminded me of the accent of those in Ehden who kept speaking Syriac language till the last century and so did the Kfarsgahb people. I won’t be able to mention so many facts about this Village, because it is so difficult adding those in this album. Finally, this Village is a true beauty with all its details and history alongside its kind people… 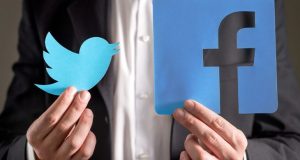 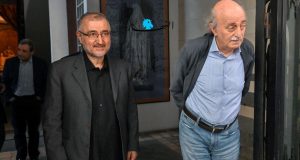 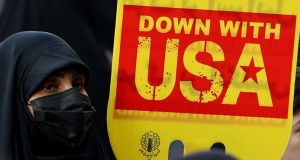 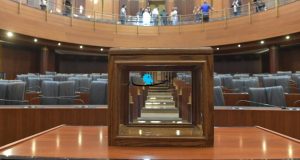